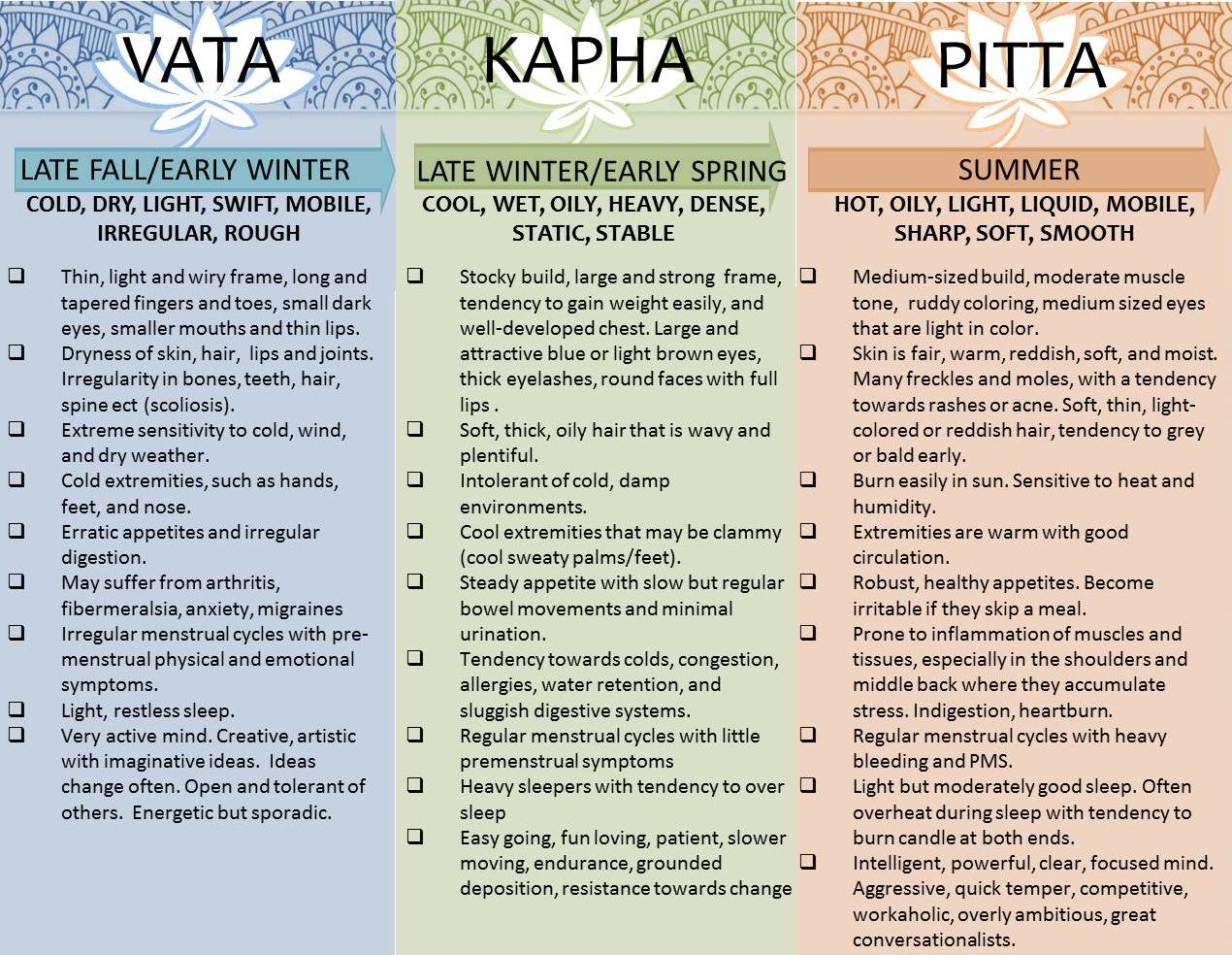 According to the ayurveda every person was born from the composition, in different measure, of the 5 elements. These are: earth, water, fire, air and ether.

The five elements (Pancha Mahabhuta) when they join for constituting the body of the living beings, they do it according to certain formalities and they are combined forming three fundamental energies. These three energies of base are primary vital strengths and they are called three bodily biological or constituent humors, the term that is used in Ayurveda is dosha.

Dosha derives from the root Dushanat that literally means “impurity”; this term must not be intended in negative sense, because the Doshas or metabolic principles, damage life to the psychosomatic structure of the man. The word Dosha in fact it also means “that it maintains and it checks the body”, and since they are three and they are called Tridosha (Tri in sanscrit it means three).

One of the most important concepts of the Ayurveda is that of the Tridoshas: vata, pitta and kapha, that are the principles key from whose combination is born the formation of the universe and the constitution of every individual.

In the ayurvedics texts, dosha is defined, as we has already seen, “what contaminates”, therefore literally dosha is what it contaminates the constituent dispositions of the body, in other terms it can be said that the doshas are the pathogenics factors  in the body.

The doshas have one identity of theirs with characteristic quality, they are present in every part of the body but in certain parts they are found with great abundance, each of them is the specific rights for unbalance, and each causes you determine illnesses for which specific treatments exist.

VATA: it Often runs into problem list of intestinal gas, this it shows the relationship with the element air

KAPHA:tende to be very slow and heavy therefore attached to the earth but at the same time introduces problem list of sinusitis, thoracic congestions and inflammations to the mucous ones that underline an excessive presence of element water

To bodily level, every dosha has a principal center or one location of his:

Vata the center is the colon

Pitta La center is the intestin

Kapha the center is the chest

The equilibrium of the Doshas produces harmony and good person health, the unbalance it brings to troubles up to establish him some illness and it is the first sign of a missed tuning between body and mind.